ANR comes under the umbrella of Self Organizing Networks ( SON) features. ANR relies on UE to detect unknown cells and report them to eNB. There are two major types:

i) UE based ANR
ii) ANR with OAM Support 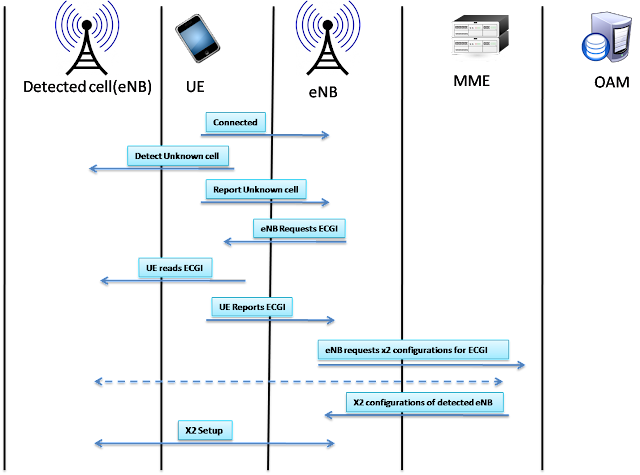 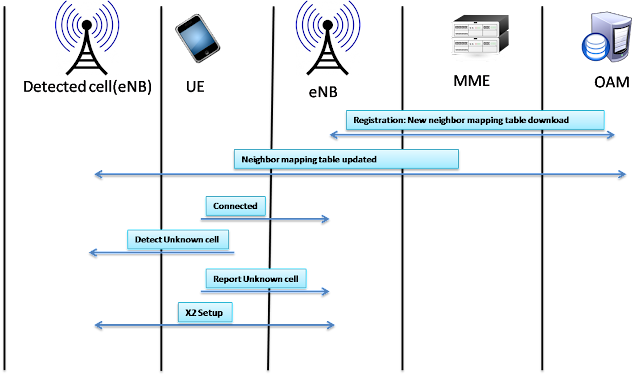 While trying to get a better understanding of VoLTE and IMS , I came across bearers stuff which I thought might be useful to share with you guys. Before we talk about what default and dedicated bearer is, let's understand what bearer itself is :

Bearer is just a virtual concept. It defines how the UE data is treated when it travels across the network. Network might treat some data in a special way and treat others normally. Some flow of data might be provided guaranteed bit rate while other may face low transfer.  In short, bearer is a set of network parameter that defines data specific treatment   e.g. Person A will always get at least 256 Kbps download speed on his LTE phone while for person B there is no guaranteed bit rate and might face extremely bad download speed at times

Now let me talk briefly about Dedicated and Default bearer one by one.

How it is decided to send voip traffic (for example) on dedicated bearer?
Both UE and eNB has TFT which has rules for certain services. For example, incase of VoLTE voip traffic, the rule are defined on the basis of protocol number , destination network ip network etc 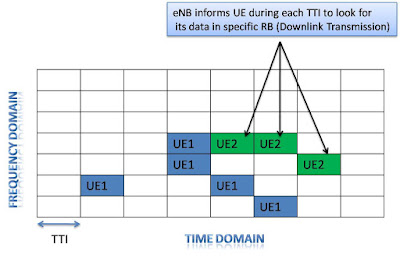 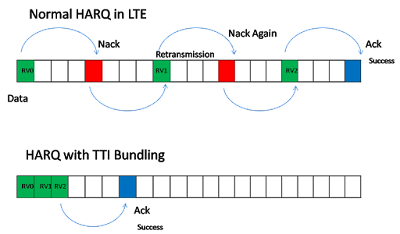 The original idea behind LTE is that it would provide only wireless internet services. However, major revenue for cellular operators comes from voice calls and SMS and therefore Voice in LTE has become a hot topic. Recently, I got an opportunity  to work with various voice solutions-the experience which I believe would be useful to share here.

LTE does not have a 'circuit switch core' which means that we cannot have voice calls as it is in 2G and 3G technologies. In the initial LTE deployment cases however, operators are using their legacy networks along with their 4G network for voice services. 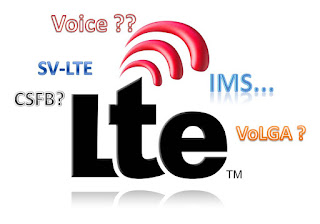 So far we have heard of the following available voice solutions which I will discuss briefly.

An operator who deployed LTE network, already owning a 3G or 2G network can take benefit from the feature called "Circuit switched fall back'. The main idea is that 4G smartphones are going to have a radio capabilities for 3G/2G networks as well. Such handsets can connect at a time either to LTE or 2G/3G . The shortcoming is that someone on voice call will not be able to use LTE network for browsing or chatting etc.

CSFB for operator means very little investment since only few modifications are required in the network. Additional interface between MME and MSC is required (SGs). CSFB solution has also been standardized by 3GPP and has gained large industrial support. 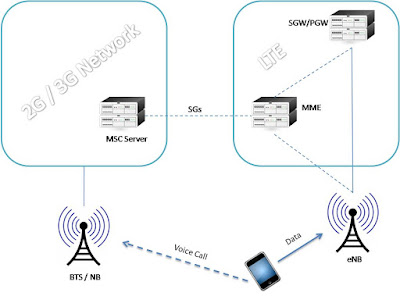 SV-LTE is handset specific in which handset is capabile of using two radios (LTE and WCDMA/GSM/CDMA) at one time. So a user can use packet services from LTE while voice call can be made on other networks simultaneously unlike CSFB. The shortfall here is high battery utilization due to dual radio operation.
For CDMA and  LTE pair, the SV-LTE is the standard solution and being widely adopted. There are already SV-LTE smartphones available in the market. I came across a few available for LGU+ in Korea and Verizon in USA. Both operate LTE networks as an overlay to their old CDMA networks.
SV-LTE is the cheapest option for operators as no new modification is required to the network. Nevertheless, as mentioned earlier it is at the cost of high battery utilization 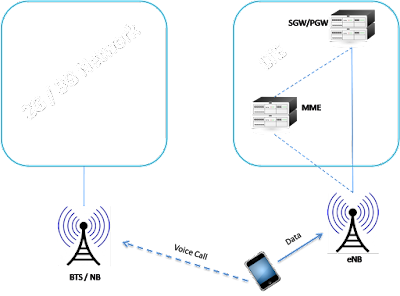 I believe this is going to be the most popular and widely adopted future voice solution for LTE. Instead of using legacy networks, VoLTE utilizes IP Multimedia Subsystem (IMS) and provides voice services  using the application layer on LTE.
IMS is a group of core network entities responsible for providing rich multimedia services over IP network. VoIP call, SMS, MMS, LIVE TV are a few such services. IMS has been in the communication industry for long but with the emergence of 4G networks, it is gaining popularity again. 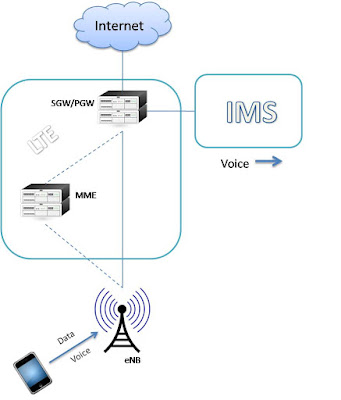 I think, operators will accept VoLGA as a last option for voice capability. This solution uses CS core only from legacy networks and also require new network elements. Therefore LTE handsets do not need 3G/2G radio capabilities since radio part won't be used from legacy networks. Good thing about this solution however is that unlike CSFB, LTE handset will be able to use voice and data simultaneously. 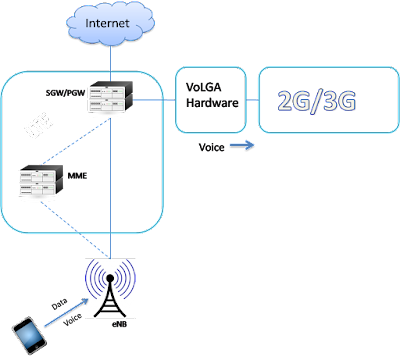 Over the top VoIP application

OTT is actually not LTE specific but a generic solution that we already have been using on 3G/WiFi networks. OTT application is completely transparent to network and also out of operators' control. I am talking about generic VoIP clients like Viber, skype, Tango etc. They do not give the real taste of voice flexibility as in other 3GPP networks and also lack the QoS for voice. Nonetheless,  these will be widely used by the consumers as an alternative, because of the fact that it gives them full flexibility to choose their own service. 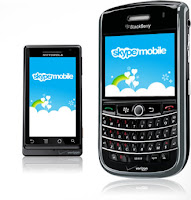 There are various 4G Smartphones emerging in the market now. Apple recently introduced its 4G LTE capable ipad "The new ipad", promising much higher download speed (100 Mbps) to the consumers. We are observing similar devices from other vendors like Samsung, HTC and Nokia. Few examples are HTC Raider, Nokia Lumia 900, Samsung Galaxy S2 & S3 and many more. 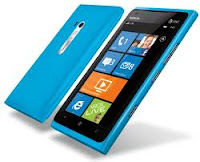 All of these 4G capable devices are going to face one common issue of high battery consumption. From technological perspective, large Bandwidth, MIMO, OFDMA are factors which result in high battery drainage. High download speeds would encourage consumers to use data hungry applications on their LTE smartphones, thus adding more to the battery consumption issue. 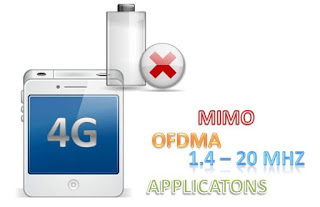 We know that 2G and 3G terminal uses discontinuous reception in idle mode, whereas in LTE we have similar DRX however but both in idle and connected mode. By idle mode, we understand that the smartphone is not utilizing radio resources. Whereas in connected mode, smartphone utilizes radio resources and battery consumption is very high due to 'over the air' communication between mobile terminal and network antenna (base station). In LTE when there is no data to receive or transmit, smartphone would switch off its transceiver for a very short interval. It will start similar "wake up and sleep " cycle to check whether there is some data that it has to either receive or send. This DRX feature in connected is likely to save a lot of battery usage for consumers. 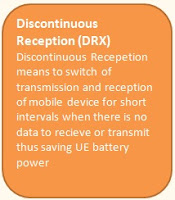 Currently,most of the Qualcomm based LTE handsets are not fully implementing the connected mode DRX feature. Therefore, LTE smartphone fans have to be patient until Qualcomm and other radio chipset vendors come up with fully connected mode DRX capabilities. 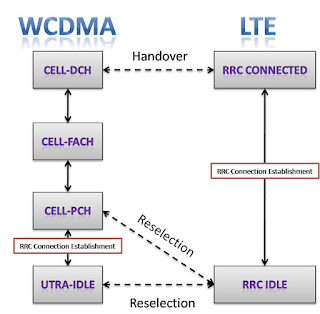