GPRS Tunneling protocol is an important IP/UDP based protocol used in GSM, UMTS and LTE core networks. It is used to encapsulate user data when passing through core network and also carries bearer specific signalling traffic between various core network entities. This protocol has several advantages which will be discussed later. 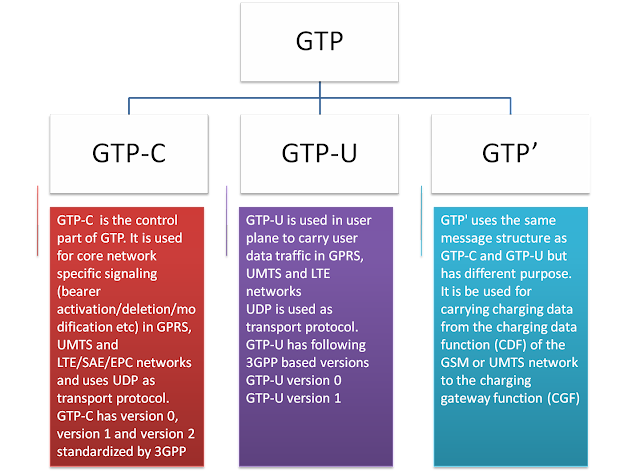 Why is GTP used in LTE? 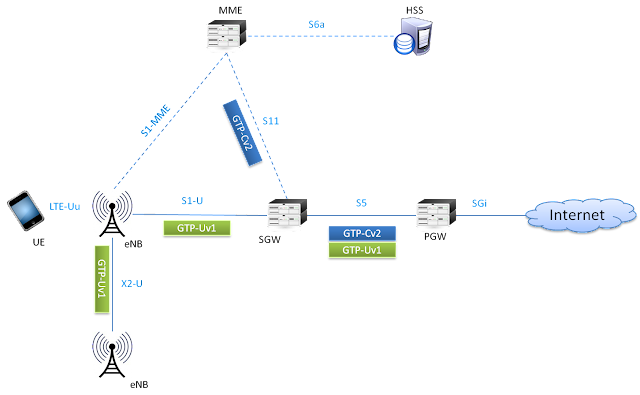 GTP-U encapsulation of UE user plane traffic can be easily understood by taking any simple example. Lets see what happens when IP packet generated by UE reaches to eNodeB and is then forwarded to SGW.

Consider any application on UE creates an IP/TCP packet. This packet consist of actual data by application, TCP or UDP header and then IP field information which has source address of UE and destination address of application server (e.g. Facebook)

When the eNodeB receives this packet over air interface, it will put the IP packet inside GTP header which has information related to tunnel IDs. Then further, it is encapsulated inside UDP and IP header and forwarded as ethernet frame towards SGW. Here the IP header contains eNodeB IP as a source address and SGW IP as a destination address

As GTP-Cv2 in LTE is used for tunnel management, some of the signalling messages are listed below which use GTP-Cv2 protocol 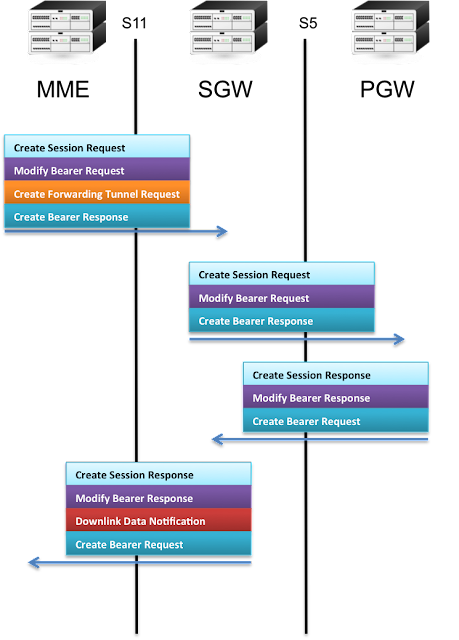