PDCCH Order is a procedure to bring back uplink out-of-sync UE (user equipment) back to in-sync state incase there is downlink data available for it. This can happen in situation when the time alignment Timer  gets expired because there is no uplink and dowlink data transmission for some time and also when there is no Time alignment command recieved from eNB. Time Alignment timer basically controls how long the UE  is considered uplink time aligned.

For viewers to better understand PDCCH Order, here is an example : 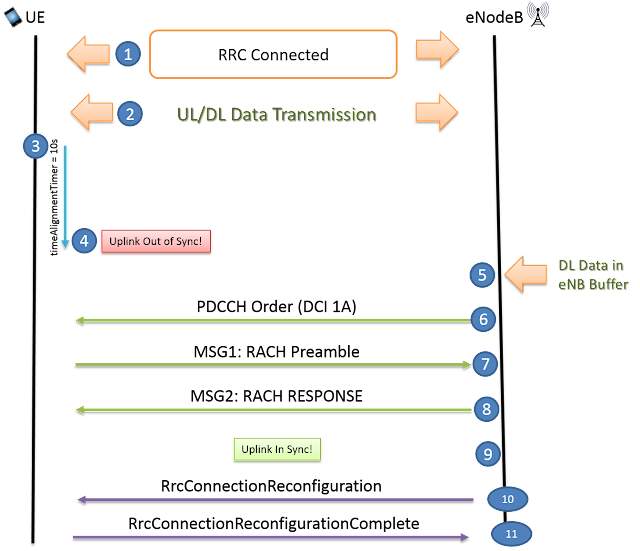 Why UE needs time alignment ?
Due to different signal transmission paths and movement, UE can lose time synchronization to eNB subframe. eNB measures the time alignment of UE by measuring the difference between arrival time of PUCCH, PUSCH, SRS  to its own uplink subframe